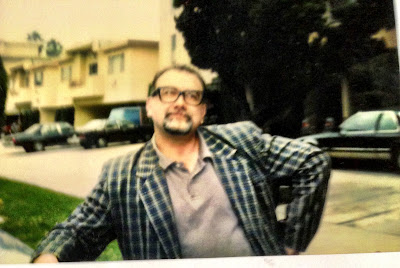 In about six months I will turn 74.

I am no  longer the person shown in this photograph and I wish I could say little has changed; I've gained 30 pounds and I am no longer the "jaunty" man seen here in a moment of arrogance and "smart-assedness". I've grown old as we all must if we live to a certain age. I look at this man and wonder if I would like him now. My younger self could be volatile in argument but otherwise funny. My younger self knew everybody and told you so (I guess I still do); he drank too much; laughed loudly; picked up strangers he flirted with; worked long hours; read books like a fiend; stuffed his face (hence the 30 pounds); and was loyal to his loyal friends. All of this I continue today (with the exception, I hasten to add, of picking up strangers) which makes me wonder if anyone can stand me for long: my husband seems to tolerate me for long periods though. 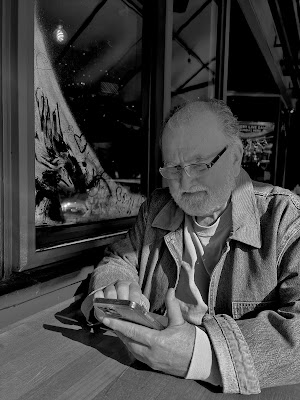 People don’t change much. When I look at my notebooks from the 1970s and surviving texts from my childhood I see the man I am now. I’ve read a lot more (yes fattened a lot more too) but the life I’ve led is largely constructed by who I was at 12…that’s a trite way of saying we don’t change.

Be fierce and thrive...
—Ph/H
Hollywood